We would like to offer our sincere support to anyone coping with grief. Enter your email below for our complimentary daily grief messages. Messages run for up to one year and you can stop at any time. Your email will not be used for any other purpose.

Share a memory
Obituary & Services
Tribute Wall
Read more about the life story of Dick and share your memory.

Dick was born March 13, 1957, to Otis and Ella (Anderson) Rasmussen in Sisseton, SD.  He graduated from Sisseton High School.  From there, he attended Wyoming Technical College at the Automotive Trade School.

In his lifetime, Dick did many things, he was a mechanic by trade and owned the Pierpont Service and Supply.  He enjoyed riding his motorcycle and seemed to always be tinkering with his Harley.  He had a love for rock and roll music and he was never afraid to show off his great dance moves.  He liked to start his day with a few cups of coffee and a book.  After a long day at work, he enjoyed hanging out with his friends in the shop.

He is survived by his son, Nate and daughter Nicky (Jared) Larson as well as his six grandchildren.  His brothers Terry (DeLaine) Rasmussen and Randy (Jerri) Rasmussen, his sister Becky Lundquist as well as several nieces and nephews.  He is preceded in death by his parents Otis and Ella Rasmussen and his wife, Ann.

His wishes were to be cremated and to have one last party at the shop.  In addition, there will also be a memorial service held at Buffalo Lake Lutheran Church later this spring.

To send flowers to the family or plant a tree in memory of Dick Arnold Rasmussen, please visit our floral store. 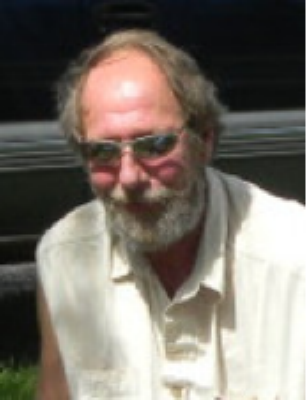 Look inside to read what others
have shared
Family and friends are coming together online to create a special keepsake. Every memory left on the online obituary will be automatically included in the book.

Look inside to read what others have shared

Family and friends are coming together online to create a special keepsake. Every memory left on the online obituary will be automatically included in the book.

You can still show your support by sending flowers directly to the family, or by planting a memorial tree in the memory of Dick Arnold Rasmussen
SHARE OBITUARY
© 2023 Carlsen Funeral Home and Crematory. All Rights Reserved. Funeral Home website by CFS & TA | Terms of Use | Privacy Policy | Accessibility