We would like to offer our sincere support to anyone coping with grief. Enter your email below for our complimentary daily grief messages. Messages run for up to one year and you can stop at any time. Your email will not be used for any other purpose.

Share a memory
Obituary & Services
Tribute Wall
Read more about the life story of Ronald and share your memory.

Funeral Services will be 10:30 a.m., Saturday, January 7, 2022, at Carlsen Funeral Home in Aberdeen, SD. Visitation will be one hour prior at the funeral home.

Burial will be at Pierpont Cemetery later in the spring.

Carlsen Funeral Home and Crematory, Aberdeen, is in charge of arrangements.  Family and friends may sign the online guestbook at www.aberdeenfuneralhome.com.

Ronald Gene Ask was born October 5, 1943, in Pierpont, SD, to Milton and Alice (Ottum) Ask. He had an older brother named Alan and the family was later blessed with a sister named Clarice.

As a youngster, he attended school in Pierpont and graduated from Aberdeen in 1961. Ronald lived in a few different states over the years and married a woman named Marilyn who had a son named Landis. Ronald finally settled back in Aberdeen and Pierpont over the years.

Ronald went to work after graduation at the Aberdeen American News. He later enjoyed cooking and worked at the American Legion and other restaurants in the area. He was involved in the Sons of Norway and was in the reserves.

Per Ronald’s wishes, Norwegian treats will be enjoyed at the funeral home.

To send flowers to the family or plant a tree in memory of Ronald Ask, please visit our floral store. 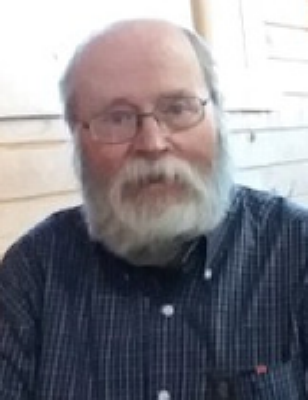 Look inside to read what others
have shared
Family and friends are coming together online to create a special keepsake. Every memory left on the online obituary will be automatically included in the book.

Look inside to read what others have shared

Family and friends are coming together online to create a special keepsake. Every memory left on the online obituary will be automatically included in the book.

You can still show your support by sending flowers directly to the family, or by planting a memorial tree in the memory of Ronald Ask
SHARE OBITUARY
© 2023 Carlsen Funeral Home and Crematory. All Rights Reserved. Funeral Home website by CFS & TA | Terms of Use | Privacy Policy | Accessibility